My research aims to understand the neutrino, the most abundant particle in the universe that has any mass. Because the neutrino almost never interacts, we know very little about it. However, that same characteristic also means that we can study them by making a beam of neutrinos and shooting them long distances through the earth and studying their composition after they have had time to evolve over time. These measurements can tell us more precisely what the mass differences are between different neutrinos, whether their masses are like the charged fermion mass spectra or the inverse, and whether neutrinos and antineutrinos evolve the same way over time. Because neutrinos have mass, they have a huge impact on galaxy formation in the universe, and if neutrinos and antineutrinos evolve differently, they may be the reason that the universe today is dominated by matter rather than simply being full of light from matter-antimatter annihilations.

The Deep Underground Neutrino Experiment (DUNE) combines an enormous fine-grained neutrino detector with an intense broad-band neutrino beam that has traveled over 1300 km by the time it reaches that detector. DUNE will enable us to test the neutrino oscillation framework at a level of detail and precision that is simply not possible with today’s suite of very capable narrow-band neutrino beam experiments. I will be working on DUNE’s near detector, because the best predictions for what the far detector will see come from an accurate (and tested) description of how neutrinos interact and from extensive measurements from the DUNE Near Detector Complex. My ultimate research plan is to do precision oscillation measurements on DUNE. 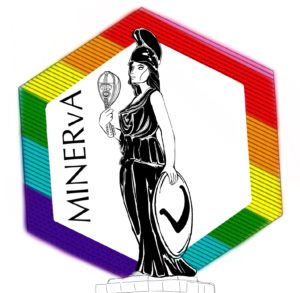 However, just as the detector and beamline for DUNE are not yet ready today, the field of neutrino physics as a whole is not yet ready to predict oscillated neutrino event rates over a broad range of energies at the required level of precision. In order to fulfill DUNE's promise of precision we not only have to build the detector and neutrino beamline, but we also have to understand the way neutrinos will interact in that detector. The MINERvA experiment, located at Fermilab, has started writing the book on neutrino interactions and how the nuclear environment affects those interactions. We have collected a huge sample of neutrino and antineutrino interactions on many different nuclei, and are able to shine a much brighter light on neutrinos than ever before. I am currently the co-spokesperson of MINERvA and I am making sure many more neutrino interaction measurements come from MINERvA to best prepare for DUNE.

I have also recently joined the T2K experiment, which is currently studying neutrinos over a narrow band of energy after they have traveled 290km underneath Japan. T2K is in a unique position to make leading neutrino oscillation measurements while also developing the strategies that we'll need on DUNE to take measurements from a near detector and project them to a far detector while the near detector is very different from the far detector. T2K's near detector has many features that make its data set a very interesting complement to MINERvA data, in that it can measure individual particles and the charges on those particles that come out of a neutrino interaction. I am working on improving T2K's oscillation measurements using Near Detector measurements, and helping to improve the way T2K predicts how the protons that create the neutrinos initially start the journey across Japan.