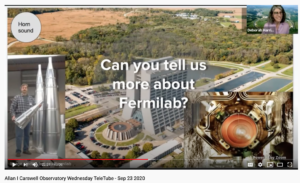 Link to Teletube video
This is a 45 minute program hosted by the Allan I Carswell Observatory, a 1m-telescope located on York's Campus.  The program starts with a great view of the moon on the night of September 23, 2020.  Then students ask me questions about my research: I talk about the three different neutrino experiments where I am currently active. 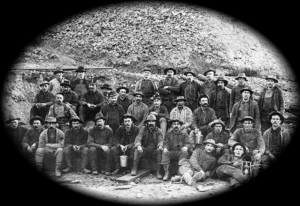 This is a one-woman play I wrote describing events in the history of the neutrino.  The link above takes you to the 30-minute version of the performance that I gave at CityCode in Chicago in 2015. 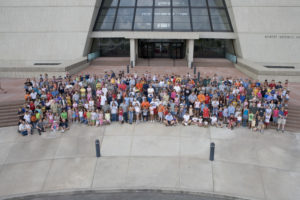 This is a blog I wrote throughout the year 2005 as part of the celebration of the Year of Physics. The posts are in opposite chronological order, and cover topics that range span starting up a new experiment, parenting a 4 and a 7-year-old, and plenty of topics in between those two. 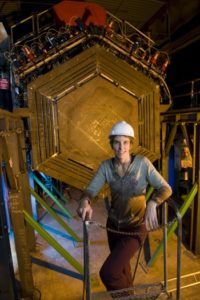 This is a short piece I wrote for a series that showcases women in STEM talking about to talk about what got them there in the first place. Mostly I'm putting it here because I really like the photo, taken by Reidar Hahn. 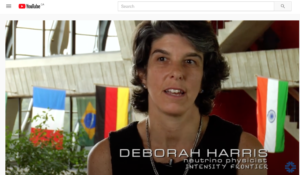 Film by 137Films: As described by Fermilab's Youtube Channel Description: Six days. Three frontiers. One amazing lab. From 2010 to 2012, a film crew followed a group of scientists (including me) at the Department of Energy's Fermilab and filmed them at work and at home. This 40-minute documentary shows the diversity of the people, research and work at Fermilab.